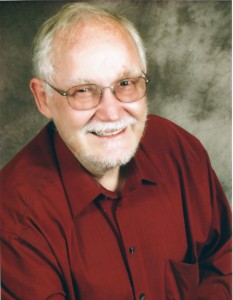 Victor W. Hatch, 88 years old, of  Vancouver, Washington passed away of natural causes on October, 31, 2019 in Camas Washington at the Prestige Care and Rehabilitation Facility.

Victor Hatch was born in Alva Oklahoma to Richard Verni and Elma Lottie Hatch on February 25, 1931. He was the 4th son born of 13 children.

He lived on various farms while in school in NW Oklahoma and SW Kansas while growing up. Graduated from high school at Nash Oklahoma in 1948. Largely self educated as an electronics engineer. Received Professional Engineers license in 1983.

In his own words:

I grew up during the depression and have seen and experienced the effects first hand; poverty and the dust bowl years. One year of drought the crops all wilted in the field. My father and an uncle resorted to using horses instead of tractor and cars for a while. We received some government relief food. I particularly recall our receiving corn meal–we had corn meal mush for breakfast and then fried cornmeal mush for other meals. Also received some raisins, with seeds in them!

This experience and having observed the effects of recessions and depressions on others lead me to investigate why they repetitively occur. It seemed very strange that with people willing to work and desiring work and with companies that would be glad to employ them if they had sales, that such events would keep occurring. After finding the reason for them I considered it a duty to inform others; thus my book “Debt Crises, The Cause of Recessions and Depressions”. Recessions and depressions are not caused by some mysterious business cycle; there is a definite cause that can be readily understood.

Researched cause of tornadoes and hurricanes.  This lead to the resolution of gravity as an electrical force. Published ebook, “Research Report —” outlining the basic concept 2015.  Recently published as an ebook “A Unified Theory of Matter, Gravity and Electricity” available at www.smashwords.com/books/view/647285

My interest quite varied; science, economics, music, art. I am an engineer, inventor, musician, science researcher, and now an author. I also enjoy hiking and folk dancing.”

He never retired and even made phone calls to clients from the hospital. He continued to research and write about his findings. His last wish was to have his Manuscript “Mankind is Committing Suicide & Killing all Life on Earth” sent to the President, governors and the press. A press release will be written and the manuscript will be sent as he wished. He was loved and will be missed. May he rest in peace.

On Monday the 23rd of November at the Northern California Veterans Cemetery, in Igo California, there will be a burial ceremony for Victor Hatch. We are hoping to have it streamed live via Zoom, but if that’s not possible it will be recorded for later viewing. The plan is to have the ceremony outside under the protective canopy weather permitting. Please message me if you would like more information.

This site uses Akismet to reduce spam. Learn how your comment data is processed.